Roll over image to zoom in

Jam Monster is easily one of the leading names in premium grade e liquids as they have curated an immense menu of breakfast themed flavors that have taken the vaping community by storm since their release. Over the years Jam Monster has slowly added to the lineup, providing more avenues to chase that ultimate jam and toast themed flavor. Raspberry is one of the newest additions to the Jam Monster family and contains a crisp and crunchy buttered toast foundation with a sweet and rich raspberry jam layer on top.

From your initial inhale of Raspberry your taste buds are coated by a wave of sweet and slightly tangy raspberry notes that smother your tongue. Through the massive plume of dispelled vapor grows a prominent and savory buttered toast taste that melts into the raspberry jam sweetness. Once the vapor has dispersed a remaining aftertaste of luxurious buttered toast clings to your mouth with a sweet raspberry jam tinge.

Jam Monster uses the highest grade ingredients available with a 75% VG and 25% PG formula for the Raspberry mix so that each hit is filled with dense clouds, and smooth, rich flavor. At VapeJuice.com we offer the Raspberry vape juice flavor by Jam Monster in a 100ml chubby gorilla squeeze bottle that you can order with 0mg, 3mg, or 6mg of nicotine depending on your preferred vaping style.

Thank you for submitting a review!

Your input is very much appreciated. Share it with your friends so they can enjoy it too! 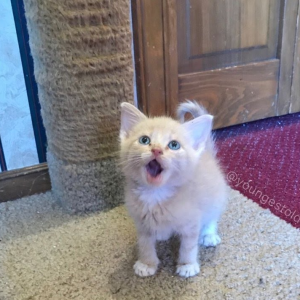 Best raspberry I've ever vaped! Will order again! Recommend for raspberry freaks everywhere - (just save some for me!)